Pumping Station: The land for a pumping station, located at East Falls and Eastern Ave was acquired by arbitration. The contract for the construction of pumps and machinery was awarded to the lowest responsible bidder, on December 10, 1906, to the Bethlehem Steel Co. of Bethlehem, Pa. for $450,000.

Six Years Operation of the Baltimore Sewage Pumping Station by Keefer. 1915-1923 (From Public Works July 1924) At the present time there are only a few sewage pumping stations in this country equipped with vertical triple-expansion pumping engines. One of these is the Eastern Avenue Pumping Station. The design of this station started in 1906; construction work was begun in 1907, and it was put in operation on January 31, 1912. Since then the station has operated continuously and has given excellent service. 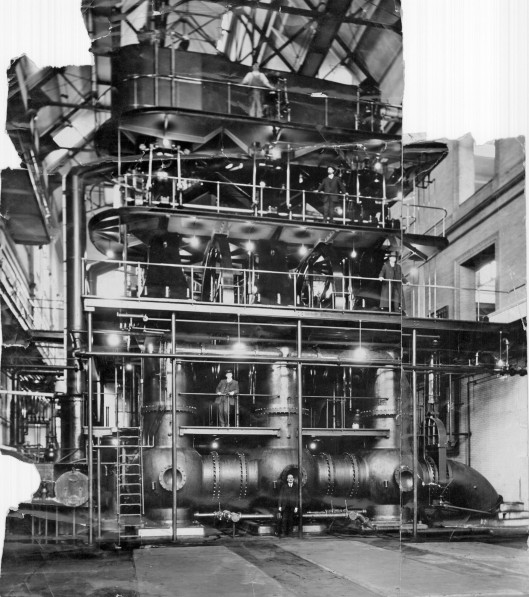 This photograph was taken soon after the original pumps were installed, showing Calvin Hendrick, engineer. The three sewage pumping engines now under contract will weigh 4,000,000 pounds or more. They will develop about 400 H. P. each when running at full normal load, and about 1,000 pounds of coal an hour will be burned under the boilers, on an average, when the plant now under contract is running at the designed capacity. Of the three engines included in this contract it is intended that one shall be always held in reserve, other engines being added as may be necessary to make this possible. 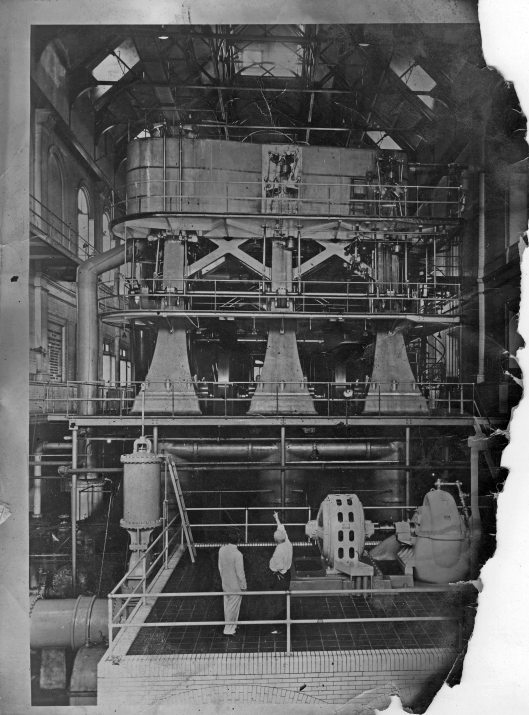 From an undated photo, showing one of the newly installed centrifugal pumps. At the Eastern Ave. PS, since its installation, essentially all the incoming sewage was handled by the new 40mgd centrifugal sewage pump, the old reciprocating steam-driven pumps being used for standby purposes. Photograph found at the DPW Museum, in a box of fire and water damaged albums. 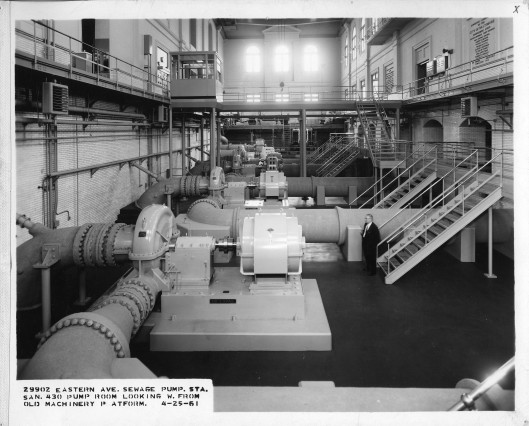