As can be seen from the list below, Lime has been used as a disinfectant for many years as far as the sewerage system and health goes.

1865 – Board of Health: The general health account shows an expenditure of $2,918.11. This account includes the appropriation for enclosing the Eastern Potter’s Field, erecting a dead house &c. and that for lime and incidentals.

1866 – Board of Health: 11,000 oysters were thrown away (This was in response to a cholera epidemic where 9 of 10 cases were found from eating oysters). We have used lime, Ridgewood’s and Sim’s disinfectant, and carbolic acid freely in the alleys and sewers.

1880 – General Superintendent of Streets: Your instructions in reference to the free use of lime in all alleys, gutters, vacant lots and places where stagnant pools of water were to be found, have been faithfully carried out.

1886 – Health Department: Disinfection – There was distributed in the streets, lanes, and alleys six hundred and thirty-seven cart-loads of lime. In addition, the Department manufactured and distributed twenty-two (22) tons of disinfectants; the principal portion of which was used in sewers and inlets.

1888 – Assistant Health Commissioner’s Report – During the year six thousand and thirty-one (6031) cart loads of refuse were removed from sewers, inlets and covered gutters. Six hundred and ten loads of lime and twelve tons of carbolate of lime were distributed for the purposes of purification and disinfection. 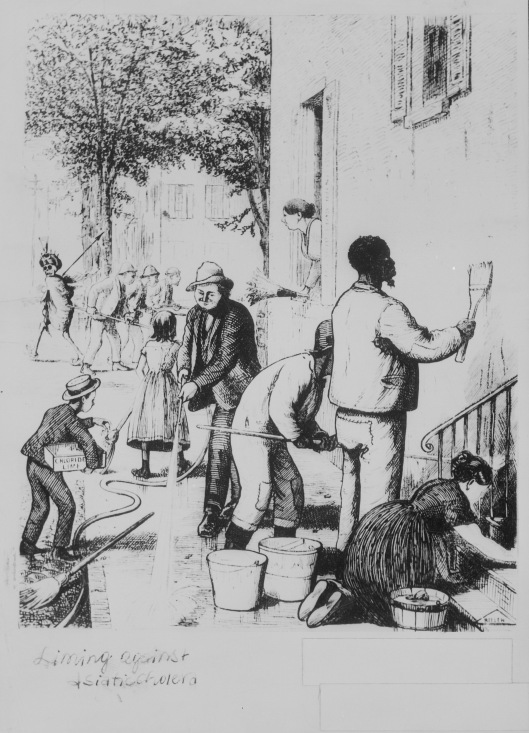 In 1910 Baltimore used chloride of lime (along with calcium hypochlorite and intermittent applications of alum sulfate) as a disinfectant in the water supply. And in 1922 it was specifically used for corrosion control.

The above photo, from a previous post, was before the Montebello Filtration Plant was built. The water supply came from the Gunpowder River (7 miles away), directly to this gate house and emptied into the Montebello Lake.

As can be seen, too much lime is not a good thing. 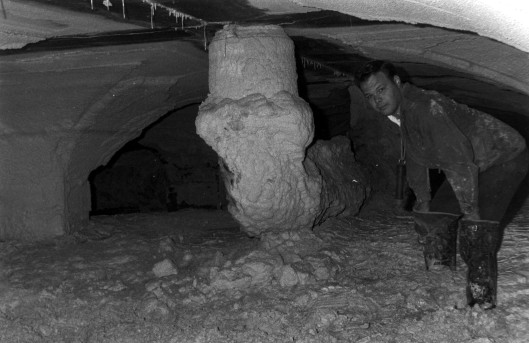 This is after about 10 years of lime application, under the clear-well at Plant 1 Montebello.

And this is after about 20 years. No clear-well at Plant 2, this pipe goes directly to the reservoir. There is about a 6″ pipe overhead that drops lime directly into this conduit.