Visited this park the other day. Our plans for the Eastern Shore were cancelled by Hermine. It was a nice hike. Below is from the Baltimore Heritage website.

Crimea Estate at Leakin Park
By Johns Hopkins
The Crimea Estate is the former summer home of Thomas DeKay Winans, a chief engineer of the Russian Railway between Moscow and St. Petersburg in the 19th Century. The estate features Winans’ Italianate stone mansion, Orianda, as well as a gothic chapel, a “honeymoon” cottage, and a carriage house. The architectural design is said to have been inspired by Winans’ French-Russian wife, Celeste Louise Revillon.

An early, and now often overlooked, part of the estate is called Winans Meadow in Leakin Park. This current meadow was the site of an early milling operation along the Gwynns Falls River. An iron water wheel still remains that pumped water to the Orianda mansion. Along with the water wheel, a barn, silo, smokehouse, and root cellar also tell the story of early development in West Baltimore. There is even an intriguing battlement near the meadow that is thought to be modeled after the Battle of Balaklava where the Russian stand against the British was immortalized in Alfred Lord Tennyson’s poem “The Charge of the Light Brigade.”

Although Leakin Park has retained its original structures in a picturesque natural setting, it almost wasn’t so. In the 1970s, federal and city officials planned to route Interstate 70 through the park in front of the mansion and directly through the carriage house. Saved by a group of dedicated Baltimoreans, the estate remains a central element in Leakin Park. (Check Google Maps for this road – it ends right at the park. The road to nowhere)

Not mentioned in the above narrative is the fact that since 1940, 71 bodies have been found in the park. Dumping ground for west Baltimore knuckleheads. It is about 1200 acres large. Part of the Blair Witch Project was filmed here. 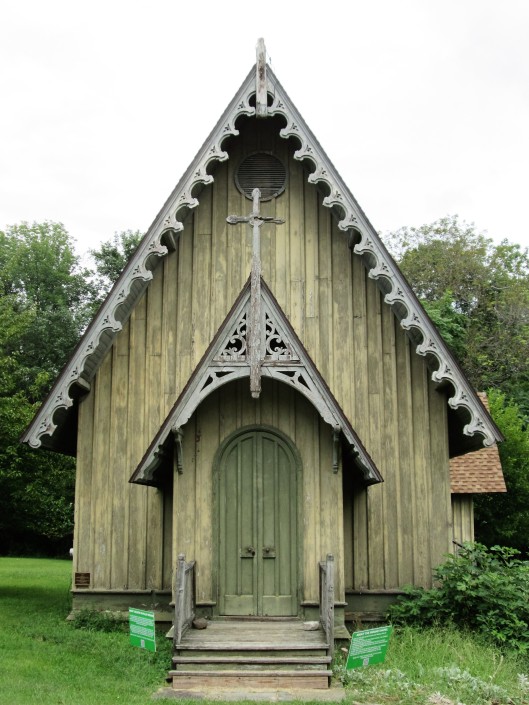 The chapel where annual herb festivals are held.

Part of the ‘Art in the Park’ collection. Mr Keebler’s house. 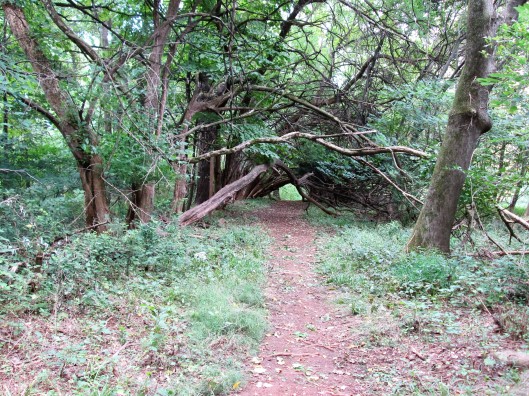 Sometimes nature creates her own art. 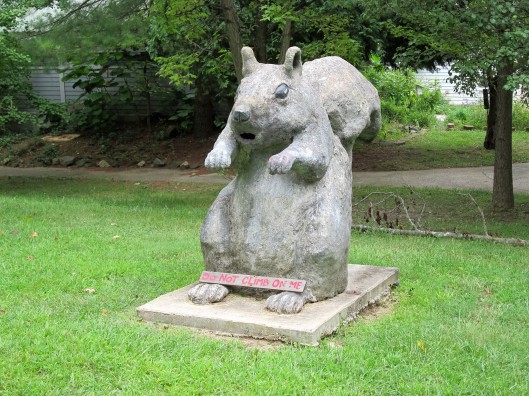 Nice little walkway to the next trail down.

Through the doorway, fireplace. 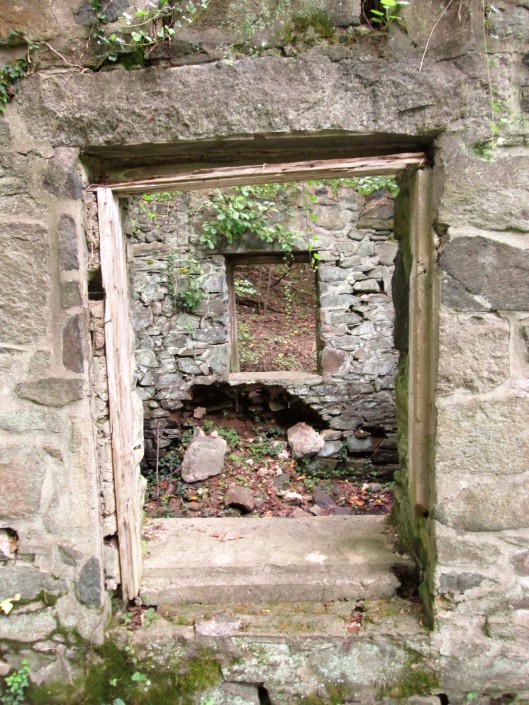 Windows to its soul.

Looks like a place to keep your black powder. 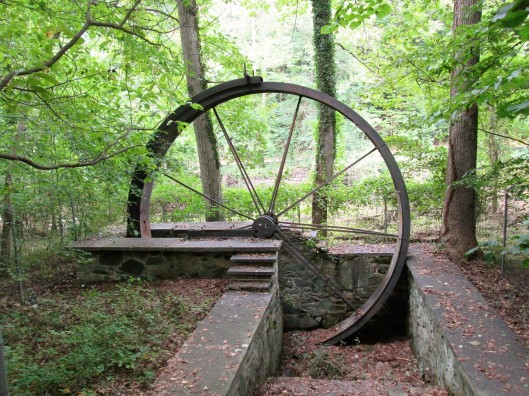 The water wheel. It is unbelievable how far up the hill this had to pump water – to the mansion.

Water works. (I have to mention something about water since that is what my blog is supposed to be about) (It smelled like sewage here. I read that during the last storm, 850,000? gallons of sewage was dumped into the Gwynn’s Falls – controlled dump?) 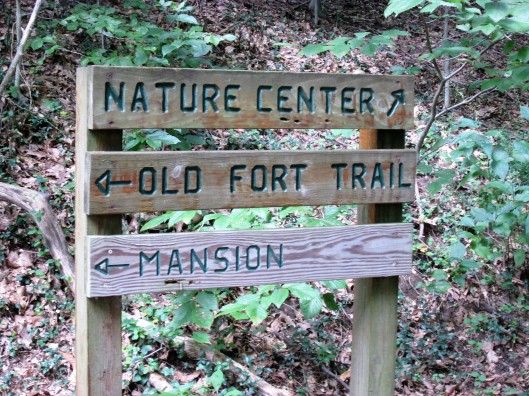 Kathy and I stood and stared at this for a while. No clue. It is on cables and has a trap door with hooks. Torture item? Remnant from filming Blair Witch? 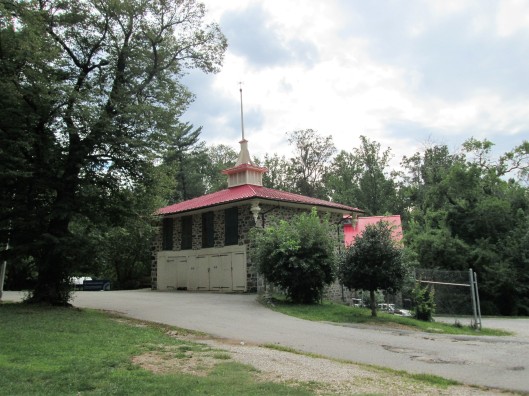 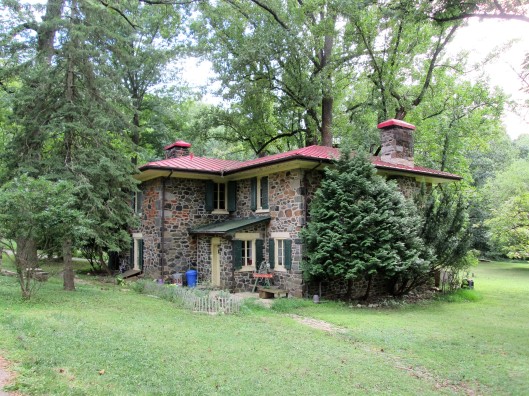