Folded letter of 1832 found in the archives. Benjamin was the son of John Eager Howard. Major Payne commanding the fort during the cholera epidemic? 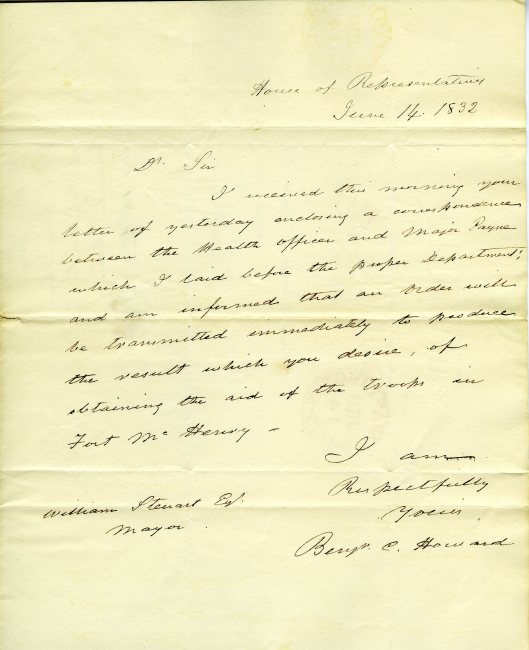 Dr. Sir,
I received this morning your letter of yesterday enclosing a correspondence between the Health officer and Major Payne which I laid before the proper Department; and am informed that an order will be transmitted immediately to produce the result which you desire, of obtaining the aid of troops in Fort McHenry –

I am Respectfully Yours,
Benj. C. Howard (Benjamin Chew Howard)