When I was up Loch Raven checking on the drain pipe to the 10′ tunnel, I checked on the unknown tunnel that was busted a couple days before. The contractor took it upon himself to start digging it out before anyone could verify what it was. As said before, this thing was built prior to 1875. 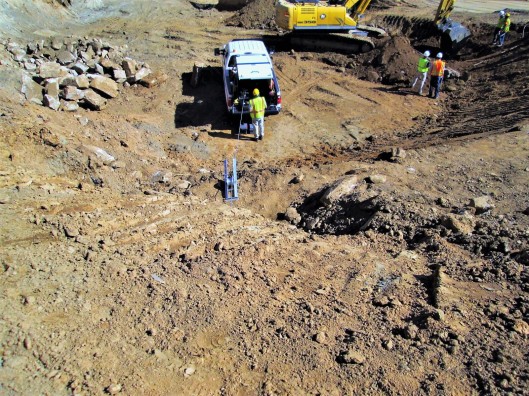 Fortunately the City’s closed circuit TV guys showed up before it was totally destroyed. In the upper left shows the rocks removed, that were used to build the tunnel. From where the spool is, center of photograph, to where the front of the excavator is, is what they dug out.

Here is the remote camera. Pretty neat toy. They burnt me a dvd of the exploration. 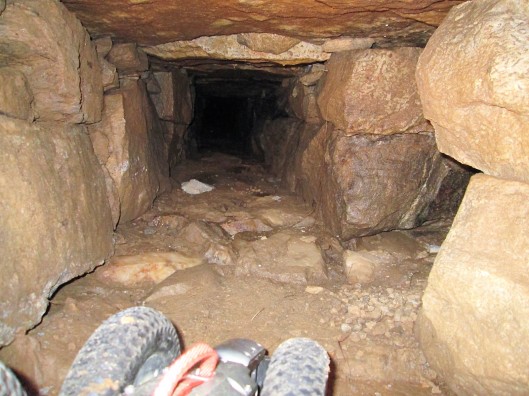 What was unexpected was that the tunnel branched off to the right. The camera couldn’t make the turn. It went about 38′ in at both areas. This side had a built up wall at the end. The other side was collapsed, probably from them compacting the soil for the new building. Real shame that we don’t know what this was. I personally believe it was an aqueduct, to bring water from Shanghai Run or Towson Run down to the farm?

Meanwhile, back at the drain. The contractors removed the steel bars in front of the drain opening.

The flow was better but the contractor needs it opened more to drain the 10′ tunnel, so they can start repairs. I believe the above photo is at 8 turns, 20%. 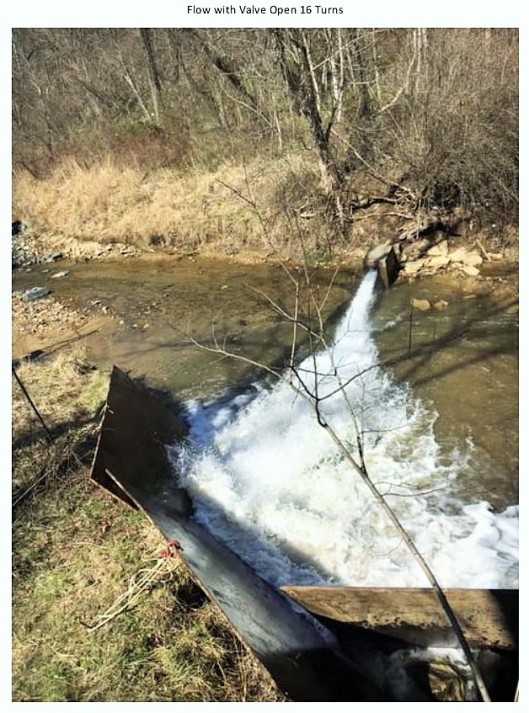 And this will be at about 40%. They installed the metal plates in hopes of stopping the erosion of the shore line. I am concerned with the bed of the stream, They think it will be alright. We will find out if the steel plates start slipping downwards…