I know this is not a very good drawing but I appreciate it nonetheless. I love the detail that went into this.

This is the pump house for the High Service Reservoir (HSR) in Druid Park. A lot of times when talking to people, when I mention the HSR, they assume I am talking about Lake Ashburton. Because the City was constantly growing the HSR steadily moved north.

Here is another cut away view. 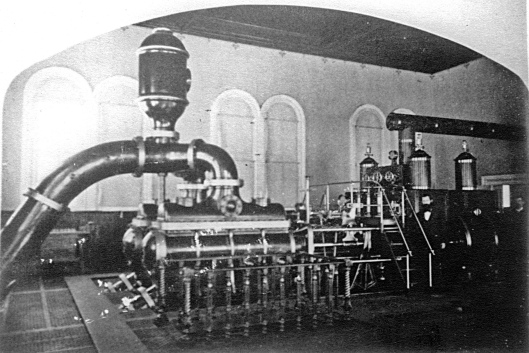 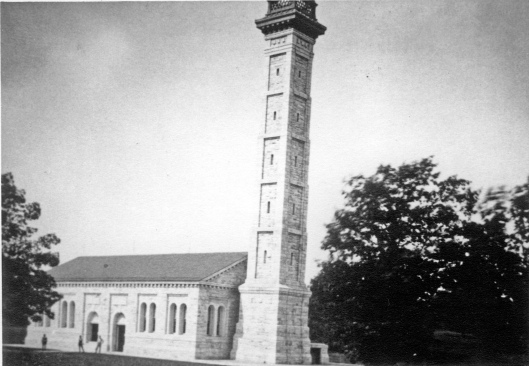 Here we have a photo of the exterior of the building. This photo was used by A. Hoen and Company to create the drawing used by the Water Engineer in his Annual Report for 1875. As shown below.

This particular report had many Hoen drawings. (Lithographs).

Some things don’t change – today the deer were hanging out at the Dewatering Pumping Station at Montebello. 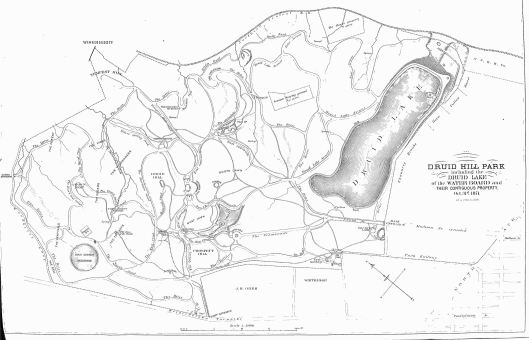 This is a drawing of Druid Hill Park in 1871. The HSR is lower left. In 1861 the Hampden Reservoir supplied the High Service Zones in the City. In 1873 the HSR above, was called the Pimlico Reservoir and it held 26 million gallons. In 1874 the City used water from the HSR to supply the fountain in Druid Lake (They are supposed to fix the fountain under the new contract going on now). In 1891 the Guilford Reservoir supplied the High Service and then in 1909 Lake Ashburton was the HSR.