We went out for a bit on Saturday night, during the down-pour. We knew it was raining hard and steady but had no idea of the amount of rain. Loch Raven Dam is back to overflowing and I would imagine the other two reservoirs are full as well. It will take a lot of citizen usage and lack of rainfall, for quite a few months, to head us into a drought situation.
On Sunday morning we decided to head out, search and find new places to put our kayaks in. Hot and steamy in Baltimore, but still a nice day to explore new places. Neither one of us had seen the news yet.
Our first stop was at Broening Park, which I always thought was called Middlebranch Park. According to Google maps, Broening is DNR property and Middlebranch is City of Baltimore, Rec and Parks property. They are divided by the Hanover Street Bridge.
Not until we got back home and turned on the news did we realize that all that debris and mud we saw was remnants of last night’s storm, washing away Ellicott City.

No way am I putting my kayak in there.

The garbage and debris didn’t stop these guys

Under the Hanover St bridge. 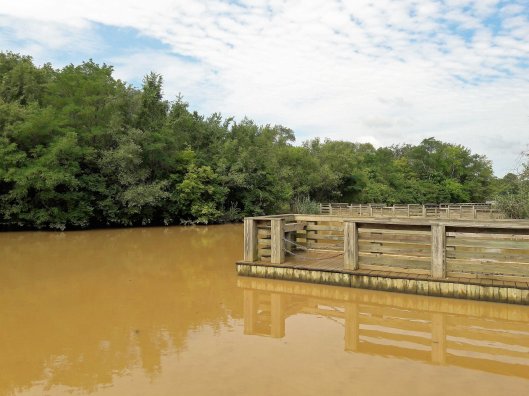 After a short stroll, we headed to the Southwest Boat Launch. This is Baltimore County’s property on the Patapsco River. 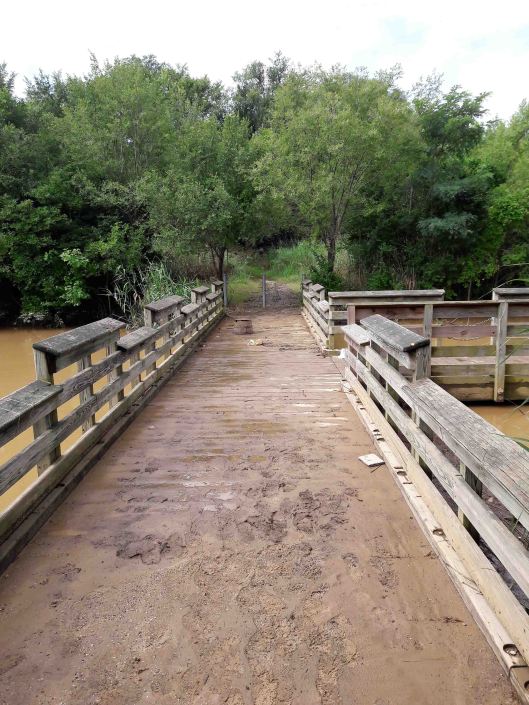 The river rose and covered the trail bridge with mud… 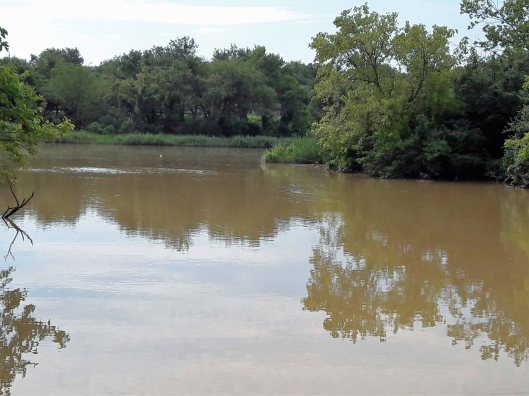 Hard to see in this photo but the water where the SW branch and the Patapsco meet is moving way too fast. We are quiet, peaceful-waters kayakers. Too much work here, dodging all the debris out there. Like I said, at this time we were unaware of the damage done upstream of here. 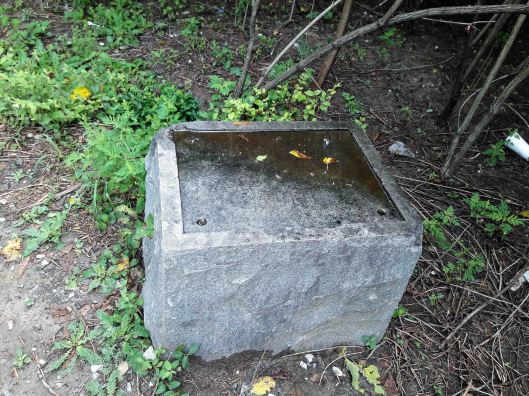 Along the path between the SW Boat Ramp and the Model Airplane Club we came across this marker, which someone removed the plaque from. I wrote to Baltimore County Rec and Parks and asked what was there – no response.