A few years ago, before I was asked to relocate the DPW Museum Archives, I was researching Baltimore’s Water History. I knew there were files kept down at Back River, in the museum storage area and after repeatedly pestering people to let me have access to the building, I was told ok – the only problem being, they sent me to the wrong ‘archives’ area. This building was old, dark, damp and a disaster. I was unable to find anything I could use. (It was so dark, I had to use my camera’s flash to get around!) I told the admin down there that if they were to put in some lights, I would volunteer to clean, organize and document the files. No response. A while later I was given access to the museum files, the ones I originally wanted to see.

For my Sewerage History, I again asked for access to the old building. The museum files have since been moved to my work location, but I knew there were others down at Back River, in that original building I was sent to. The place is still a mess but at least I could see inside. The boards on the windows have rotted and fallen down. Sunlight filtered in. There are a lot of old records in there that need preserving. Maybe someone will give me permission this time to do what needs to be done. 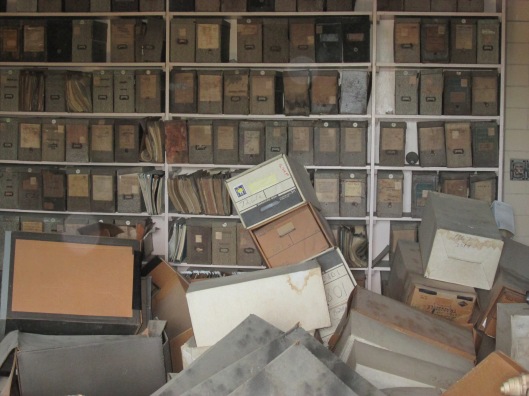 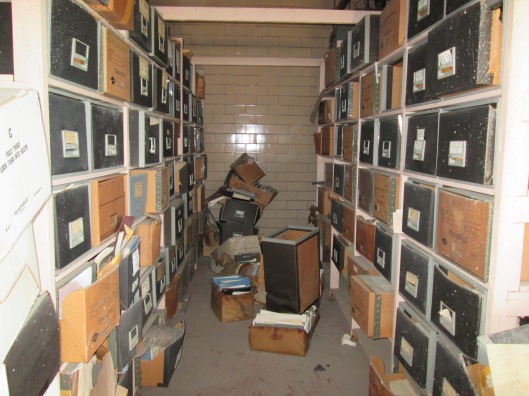 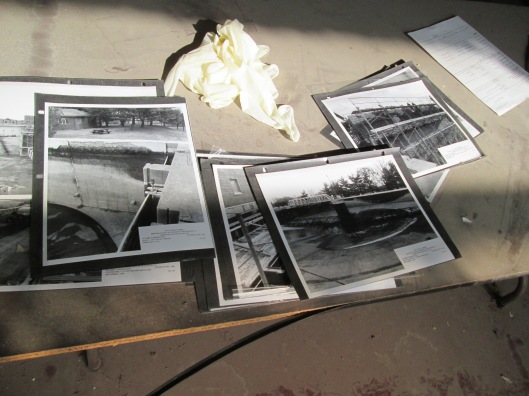 There are even photographs from water filtration. These are of the renovations at Ashburton. Why they are at Back River is beyond me!