The day before taking off work for my daughter’s operation, I was contacted by CHAP – Commission for Historical and Architectural Preservation. They wanted to know if I knew anything about a fireplace mantle from Glenn Ellen Castle that was stored in a maintenance building downstream from the second dam? No. They were getting ready to tear down the buildings and were told by the contractors about the mantle.

This was Glenn Ellen prior to raising the dam from elevation 188′ to 240′. The reservoir did not reach this height but it was still on watershed property and taken by the City. I think only the foundation exists now. 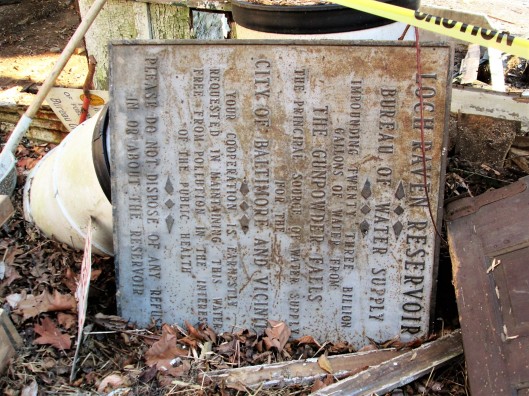 Earlier this week a friend of mine, Thom, contacted me and told me about some signs he saw on the property as he was hiking behind the construction site. At first glance I thought they were bronze plaques so I met him and Wayne to go exploring.

The hiking trail is on the hill behind the silt fence. This is where the signs were. Turned out to be steel and not bronze, but still worth keeping a couple for history’s sake! 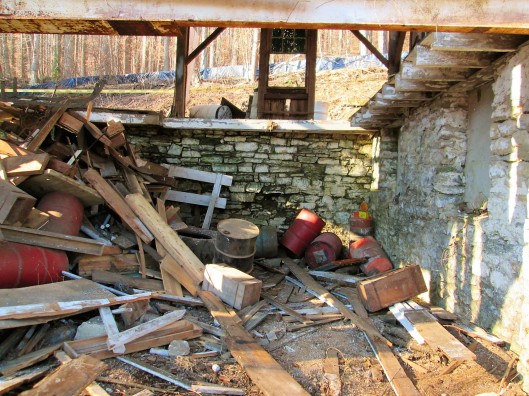 Saw some interesting items so took a closer look. I thought it was odd that the contractor cut the beams instead of just knocking this building down. Come to find out a company called Bricks And Boards came up a removed the wood to re-purpose. The boxes contain core bore samples. Not sure why the City didn’t want to keep these? They do me no good without the engineer’s records saying where the samples came from.

After rooting around in the barn we decided to head into the house. This is being knocked down also. A few years ago I was told there were lantern slides stored in here along with some old drawings. Back then, I wasn’t allowed in to look.

The house as it looked about the 1920-30s. I tried to find who was the original owner but had no luck. From a map of 1882 it has it listed as City Property. Adjacent to the Wisner, Shanklin properties. Further investigation is needed. 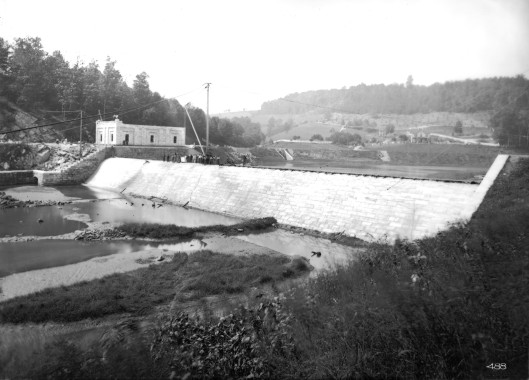 Wayne asked the date the house was built. Not sure but it shows up in a 1881 photo. Far right side just up from the Gunpowder River. This photo shows the dam near completion, ready to lay the last stone. 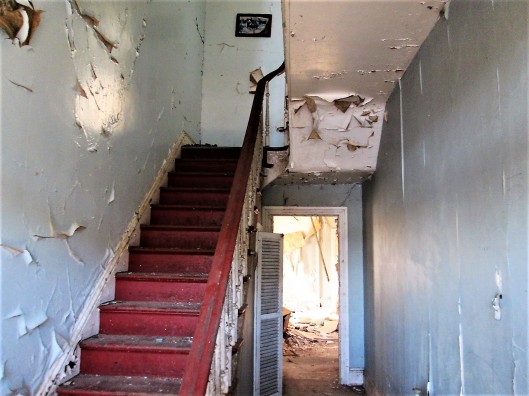 Back into the house. Entrance hall.

There are 3 fireplaces. One plastered over and two, like this one, with the mantles missing. 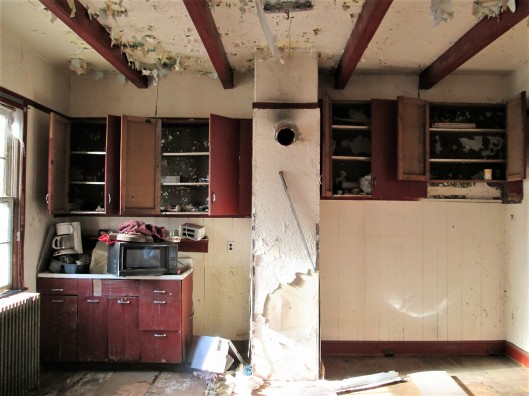 Looking up the stairwell. Three floors. 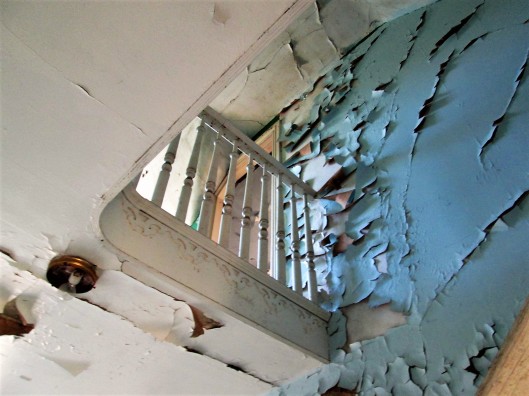 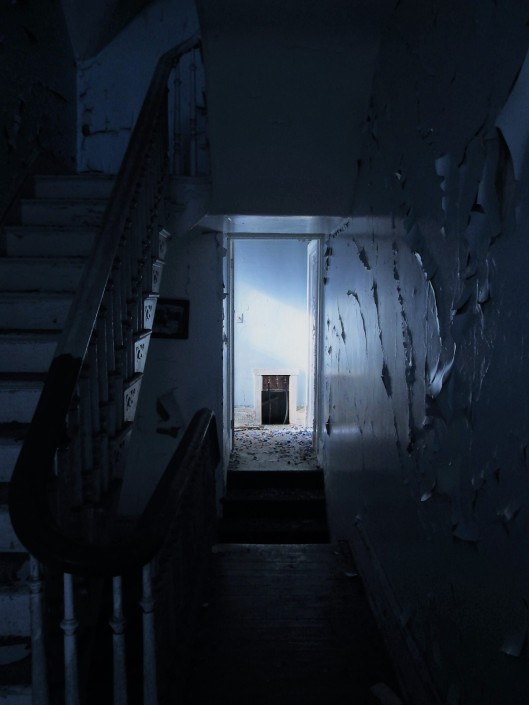 This was a nice design – up the stairs to a landing that will take you in both directions. This is a huge house.

Lots of rooms – curves and angles. 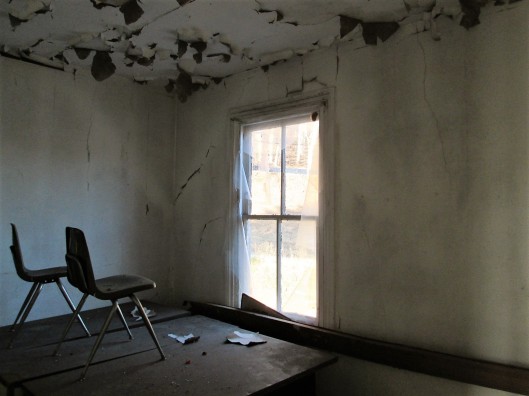 Chairs on a desk – watching…

One of the many views. Someone nailed a metal sign to the window? I would have loved to live here with this view. Two eagles were playing most of the morning over the lower reservoir. Nice! 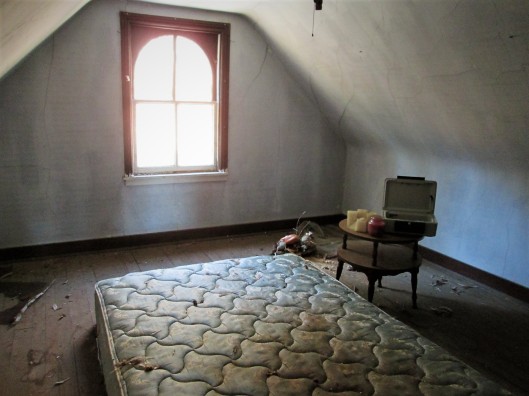 Another room. Candles, a bed, money box and stuffed ducks that look like the turkey buzzards tore open – must of thought they were real!

Prologue: I asked the contractor to hold two of the signs for me until I can come back up. He said ok…but, between my visit and when I sent off the email, Brick and Boards came up and took them. Talked to Max from there and he said they are in his warehouse and I can come pick them up!