With all this hate spewing forth here lately on FaceBook (and life), I am so glad that I have found two ways that I can bring a sense of calm and peace into my life. 1) The Serenity Prayer 2) Kayaking. You just can’t beat those two together! Next would be hiking. Did all three Sunday.

There are three areas where the Gunpowder Rivers converge before heading to the bay. The Little Gunpowder, the Big Gunpowder and the Gunpowder River. We have explored 2 of them so far. Both times we entered through Mariners Point. A couple weeks ago I mentioned about parking and the lack of it for kayakers. (The boaters get preferential treatment for their trailers). I even wrote a letter to the County Rec and Parks, cc to the County Executive about it. I was more or less told that if I didn’t like it, go elsewhere! Fortunately, we lucked out in getting a fairly close spot to park. But, something odd did happen as we were leaving – the Coast Guard was there checking kayaks! Lots of rules I was unaware of. Check out their website to get the low-down.

“This is my path; here I shall find peace. I will pursue this path, come what may.” (Anyone remember what book this comes from?)

And here is our path. 4.67 miles in about 3 hours. The landfill is to the left. It was surprising that the water was clearer in the cove. The little white dot on land near the shore is the Days Cove Nature Center, which I believe is now closed down. I remember taking my daughter to a Halloween Party there years ago. Nice center.

Watch out for the jets.

The grasses seemed a lot thicker this trip. 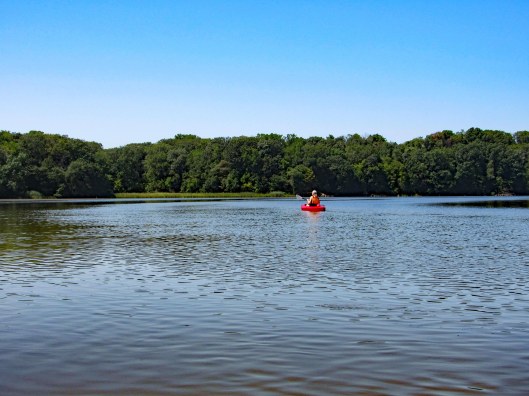 Heading into the cove from the Big Gunpowder.

We saw as many herons on this trip as we did osprey on our last trip. This guy has something on his nose.

And what do we have here?

Time to park it and get out to investigate. 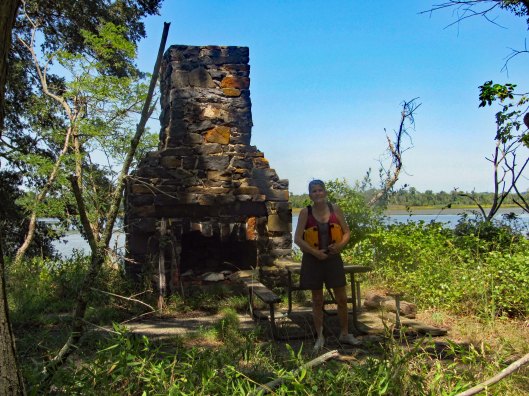 A chimney and a reluctant model! 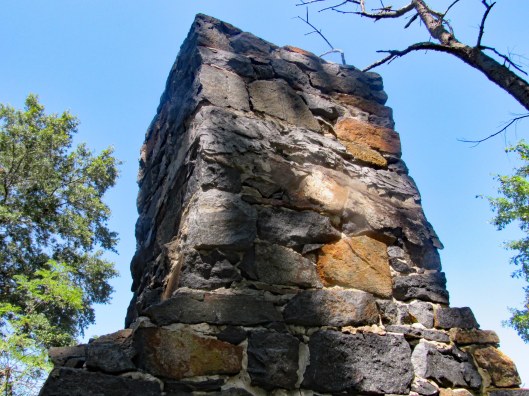 A mixture of various stones. 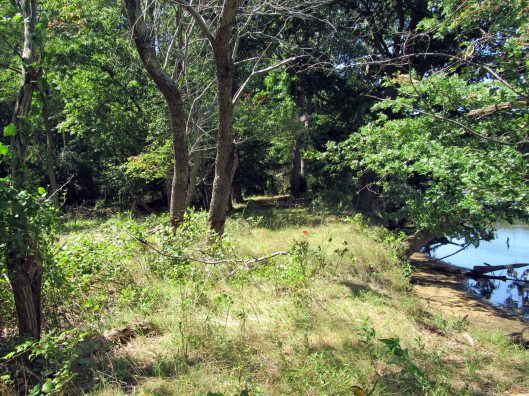 This path will take you to the Nature Center.

Some formstone and building debris.

Back into the water. Took a bit to figure out what this is – it’s a drain plug to drain the cove!

Saw this guy at the far end of the cove. Went over to explore because there was an eagle here also, fighting with another bird. We couldn’t find him though. 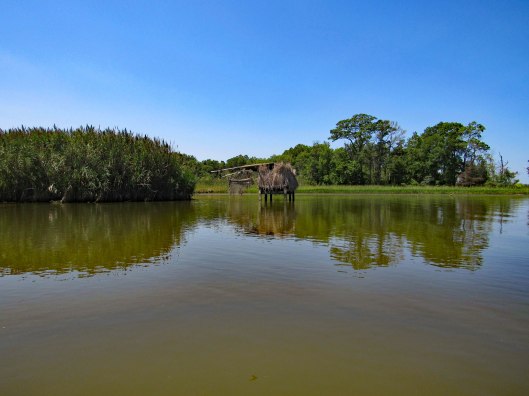 A bunch of these blinds around.

Heading back to port. These three must have long legs, or the water is very shallow. 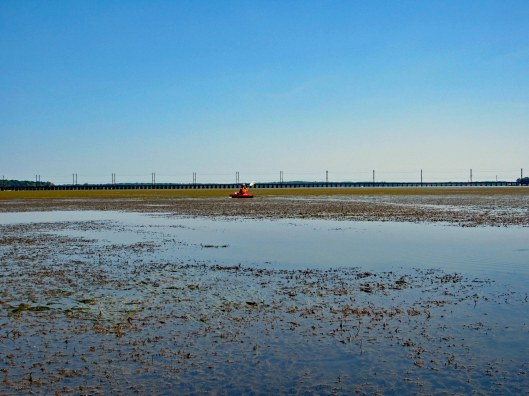 This water will put a hurting (and a good workout) on your arms! 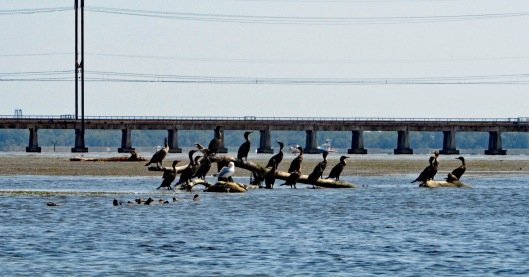 The only time during the trip that I thought about what is going on in the world. Why can’t we occupy the same place (planet) without all the hateful words and actions? This gull is getting along fine with these guys (Cormorants?)

But then again, there is always that one guy that wants to be different.