What a great day to take a break from doing ‘stuff’! Loaded the kayaks onto the truck and then headed to Shad Landing at the Pocomoke River State Park. Weatherman was calling for 80+ degrees. We did want to do an Assateague Island trip but the wind gust were to be 10-15mph. For our first time out this season we thought a more peaceful, relaxing trip would be better. Here is our map. Not a long distance trip but a fun one of almost 3 miles and 2-1/2 hours. 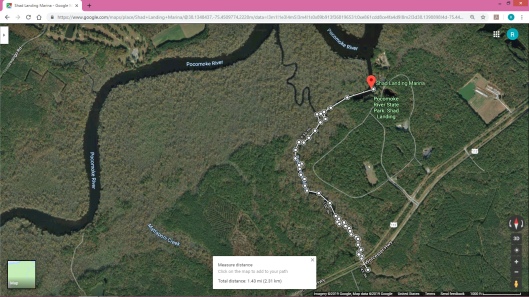 There was hardly anyone there. The landing kind of reminded us of Mariner’s Point up in Joppa. Instead of doing the loop west-north then back southeast, we headed off to Rte. 113. Here is Kathy getting everything ready while I park the truck.

From the launch you paddle east, go around the pier and then head southwest. Pass by the lonely canoes on a rack, waiting for adventurers.

We did not see much wildlife, just some signs. Here it looks like a beaver wasn’t paying attention to what had already been gnawed upon.

There were some colorful flowers on shore like these little bells. Kathy knows most of the names for these things. I don’t. 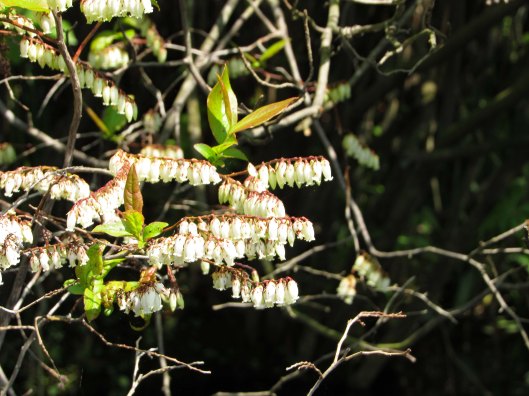 Heading towards the left turn we wanted to make is this marker. Unlike Mariner’s Point, we didn’t have to get out of the way of any crazy boaters that don’t care about wakes.

The whole park seems like a giant swamp. Kathy’s brother Phil had me watch a show about the Pocomoke on Delmarva Life, a TV show down here – Back in the 1930’s-40’s they dredged the river and put the spoils along the shore, unbeknownst to them that the dikes they created stopped mother nature from holding and filtering the water before sending it down stream to the Bay, causing damage to the ecosystem. Right now they are in the process of removing the dikes for nine miles up near Rte. 50, to reverse 80 years of bad planning. Here is what the area should look like.

An odd shaped knee to say the least. Looks like a worn out statue.

So we make our left hand turn and Kathy see’s this sign. It is halfway covered up. She goes in for a closer look and under ‘Canoe Trail’ is an arrow pointing right.

45 minutes later, on our return trip, the water had risen.

The water was high enough to take away the protection of the metal cones that protect the birds from predators. Also, the lily pads had come up, only to be submerged.

We did see a few turtles and one water snake. 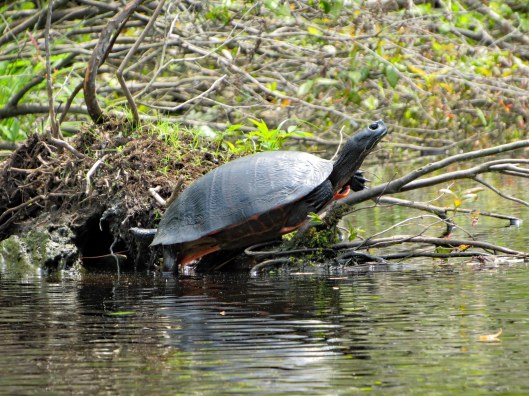 Up ahead, Route 113. Water looks a little high but we came this far – 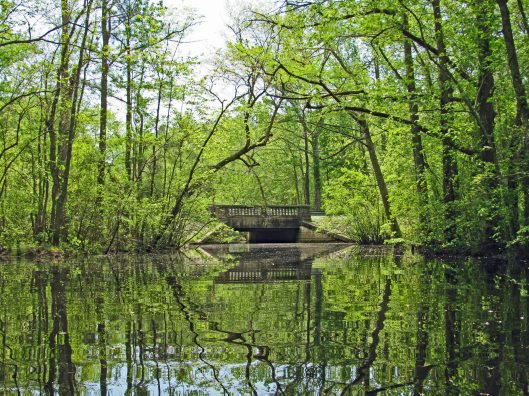 Kathy wanted me to go through first. She don’t like spiders and snakes.

Kathy then made it through safe and sound. 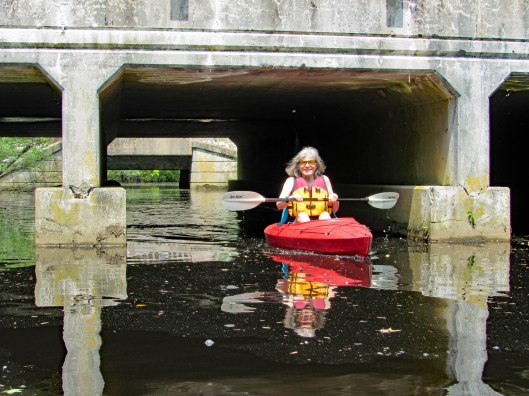 Looking back from the other side of Rte. 113.

Time to paddle back. Marina up ahead. 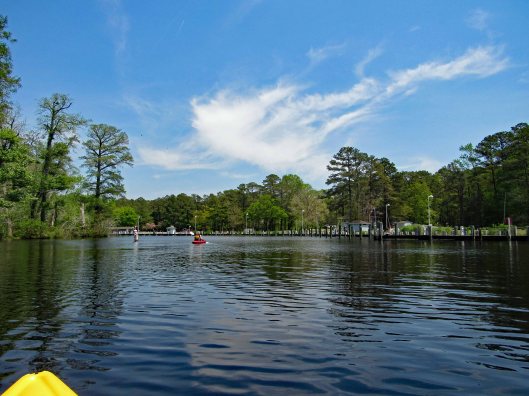 Leaving the park we headed south on 113 to see the river from up above. 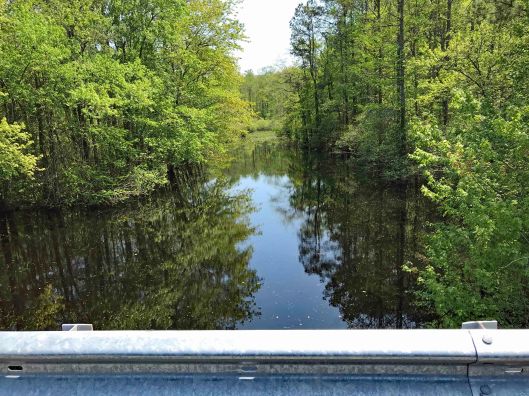 Nice, as were all the fields of flowers on the drive home.

So glad we put a bunch of house stuff to the side for a while, to enjoy this wonderful adventure together. It was a very much needed escape.