August 9th I attended a meeting at Red Emma’s Bookstore in Baltimore. For some reason I thought they were going to try and start another “Free Water Movement”, which has happened in Baltimore before. But this was not the case. They talked about water being a human right and that the U.N. says so:

As can be seen in this flyer, the UN notes that water and sanitation services should not exceed 3% of a families income.

Here is the panel that spoke and the accompanying info from their FB page: Last night more than 160 Baltimoreans came to the Water for All: A Panel on Baltimore’s Water Affordability Crisis. Thank you to everyone who came, to our coalition partners and panelists who made this event so powerful and to Red Emma’s Bookstore Coffeehouse for hosting!
We look forward to working with everyone to ensure that everyone in our city has access to safe, affordable water!
Panelists will include:
-Delegate Mary Washington, 43rd District
-Eddie Conway, Producer, The Real News Network
-Komal Vaidya, Clinical Teaching Fellow with the Community Development Clinic, University of Baltimore
-Yvonne Wenger, Baltimore City and Social Services Reporter, The Baltimore Sun
-Zafar Shah, Attorney, Public Justice Center

And below is me in the crowd

Because I did not know a lot of the information presented, I went to the UN website and looked it up. It is a lot to read and decipher:  “The United Nations General Assembly passed and adopted the resolution on the human rights to water and sanitation on 17th December 2015.
• Everyone is entitled “to have access to sufficient, safe, acceptable, physically accessible and affordable water for personal and domestic use”
• Everyone is entitled “to have physical and affordable access to sanitation, in all spheres of life, that is safe, hygienic, secure, and socially and culturally acceptable and that provides privacy and ensures dignity.” I also found other resolutions from 2002 and 2012.

The panelist talked about how people are losing their homes because they cannot afford their water bills (tax liens/sales) Rent, food and medication comes first. In Baltimore 2015 there were 5,301 water shut-offs. in 2016 there were 1,149. They did not explain the decrease in those numbers. One panelist brought up race and the affect this has on the Black Community. This affects everyone, not just blacks. These disproportionate numbers may come from their being more blacks in Baltimore? Population of Baltimore is 620,961 with 63% being black/African Americans. Which to me, brings up another point I was hoping to address but we ran out of time: If Baltimore’s Water Dept supplies water to 1.8 million people and only 600 thousand plus people live here – why aren’t the other peoples/counties carrying the brunt of these water bills? And the big corporations here should be paying more without those big tax write-offs!

So as not to only express problems, they offered a couple solutions. The one I wasn’t sure what they meant so I won’t bring it up, the other is a fairly good idea: Baltimore should create an income-based billing program. And along with that, no one should lose there home over their inability to pay a water bill.

The UN’s Universal Declaration of Human rights with Preamble and 30 Articles is a good read also.

We entered the water at the beach, end of Ferry Landing Rd. Got there before the crowds did.

We headed north and hit a dead end, turned around and went south – lots of little islands and coves.

Lots of these guys around.

Tree as we headed back north on the other side of the first section.

Heading towards the beach.

The beach is at the end of the “Life of the Marsh Boardwalk”.

Not sure what that guy was. Hard to get good photographs on a kayak. I also don’t care for this new camera of mine. Fuji underwater camera.

Make sure you wear your shoes when getting out of the kayak.

Kathy and I are the Great Adventurers!

Foamy beach on the other side of the beach we landed on.

Horses down where the first egret was. Like I said – hard to get a good shot on a kayak with a camera I don’t like.

Leaving the park. Another nice adventure!

Baltimore starts construction for a system of sewerage, officially, on October 22, 1906, with a groundbreaking by Mayor Clay Timanus at Ensor and Lanvale streets. Behind Greenmount Cemetery.

As was typical for the times, a plaque was created and placed on the cemetery wall

In the 1906 Annual Report of the Sewerage Commission are listed some interesting facts about Baltimore:

The population, according to a police census was 555,000. The city being 31-1/2 square miles consists of, approximately, the following buildings:

The Jones Falls flooded on many occasions, bringing with it all the sewage, manure, street sweepings, etc. and dumping it into the Inner Harbor. The flood of July 24, 1868 was another wake up call to the City, that something needed to be done.

Many engineers were asked to come up with a game plan on what to do. Benjamin Latrobe and two others suggested to channel the Falls away from downtown, diverting it to Herring Run, at the mouth of Back River.

Throughout the years, other plans were also devised.

So the Montebello 100th anniversary has come and gone. It was a pretty nice affair. I will start doing some more Water History on here, but it will probably be more Baltimore Sewage history. I have been doing some extensive research on the subject and will share some of it here. I will most likely put it in book form, to go with my water history book.

In 1924-1926 the City built a new reservoir and filtration plant. The reservoir was supposed to be covered like the Plant I FWR but the City said it would cost too much money, so they didn’t.

As can be seen in the top photo, flat supports were poured to hold the columns for the roof.

So the federal gov’t decides that all open reservoirs need to be covered. Instead of covering the existing FWR, they demolished it and built a new one. The old one was 20 million gallons. This one is about 32 million gallons. Speaking of millions – this new one cost millions and millions more than what it would have cost to cover it originally (couple hundred thousand)

So I ask, the old underground reservoir which has been there for 100 years or this new one – which do you think will last longer??

From my book: 1919 thru 1937 – File Folder, No. 1432, General: AWWA paper on Freezing of Water in Mains Laid in Salt Water and in Mains and Services Laid on Land by William Brush. Pamphlet from 1919 (re-dated 1936) Frozen Services and the Method of Thawing. A how-to book on thawing water service to your house using an electric thawing apparatus. They ask that fires not be built in valve boxes, that hot water should be poured into them. Five pages of newspaper articles glued to the pages. One article mentions the water department receiving one thousand frozen pipe calls in a day. Various articles on gas leaks and explosions. February 10, 1936 Resolution (No 240) that the Board of Estimates gives money to the water department to buy ice thawing machines. February 12, 1936 News Post article by Carroll Delaney on the city’s inability to thaw out pipes. February 15, 1936 memo from Small to Crozier listing expenditures for thawing so far – $45,500.00. March 11, 1936 memo from Small to Crozier on cost associated with the cold weather. Welding machines at 500 amps needed to be rented from different companies and the laboring cost associated with their use was noted as to why there was an increase in expenditures for the water department. April 13, 1936 memo from Small to American Electric Welding Company noting payment of $72 for 480 gallons of gasoline ($.15 per gallon). The welder was for thawing frozen pipes around Baltimore. Brochure on “Hydra Thaw” equipment. May 26, 1936 memo from the Bureau of Accounts informing Crozier that the Mayor approved $127,150.00 that was owed to the Water Supply for work during ‘Freeze’. A total of $600,000.00 was spent throughout the city. January 15, 1937 memo from Small to Thomas Young, City Collector notifying him to put this stamp on water bills: “No adjustment will be made for water wasted to prevent freezing of pipes.” Apparently, last year during the big freeze, consumers were told to leave a small amount of water running to prevent freezing pipes. They did not. 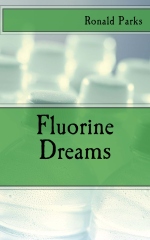 There is a lot to be said for an A. Aubrey Bodine photograph but unfortunately not enough is said about the City Engineers and contractors who took progress photos during the building of water projects. These were taken by a city engineer during the construction of the intake structure of the Susquehanna – Baltimore 108″ tunnel.

In the 1950s, the City of Baltimore operated a saw mill near the site of the future Liberty Reservoir.

In 1952 while clearing the site for the new dam and reservoir they found this marker. The caption in the album reads:

“Taken February 8, 1952-showing old grave discovered near city saw mill while clearing land. Believed by some to be the grave of a Maryland Indian.”

A few questions about this – Is it? If so, what do the markings say? What happened to it? The one thing about coming across items like this is – now I have to try to find the old engineers/inspectors journals and see if they make mention of it or is it just a random photo some one took and placed in an album??